Given the name of the Holy Cross in Spanish, its English name derives from the British vessel HMS Indefatigable. Located near the center of the Galapagos archipelago very close to Baltra airport, Santa Cruz is the center of the tourism and it hosts the largest human population in the archipelago at the town of Puerto Ayora.

This is the home port to many yachts, as well as the Charles Darwin Research Station and the headquarters of the Galápagos National Park Service are located here. 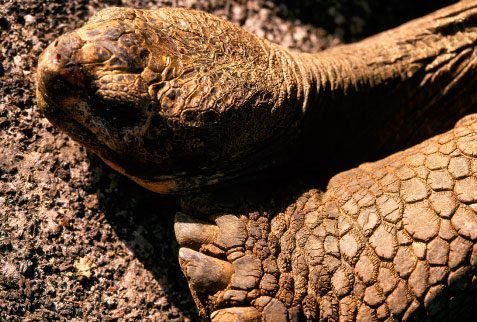 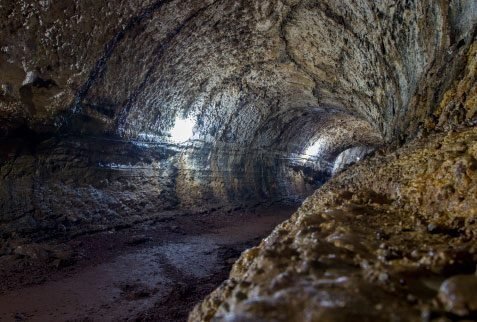 Charles Darwin Research Station:
Located in Puerto Ayora. You will walk in a trail to the breeding center and from there begins an elevated circular path made of wood, where you can see tortoises from Española Island, ending in the tortoise exhibit corral. Tortoises of this corral are accustomed to humans; it is an excellent spot for visitors to be photograph with them. The Galapagos breeding program is conducted by Galapagos National Park staff with the cooperation of scientist from the Charles Darwin Research Station. The eggs are brought from the islands of Pinzon, Santiago and Santa Cruz to the station. The eggs are incubated artificially; the galapaguitos are born and reared until the ages of 5 years, when they can survive the effects of introduced predators (rats, pigs and dogs). Then they are returned to their native areas. Since 1970, more than 2000 galapaguitos have been repatriated to the native areas.

Santa Cruz Highlands:
The Highlands of Santa Cruz offer exuberant vegetation where Scalesia trees dominated the scenery. Large tortoise populations in the wild are found here. Black Turtle Cove is a site surrounded by mangrove where sea turtles, rays and small sharks sometimes use as a mating area. Cerro Dragon, known for its flamingo lagoon, is also located here, and along the trail one may see land iguanas foraging. A trip to the highlands cannot be completed without a visit to the famous lava tunnels and finally the Twin Craters. Located in front of each other on both sides of the road, these craters are a magnificent site; they were formed as a result of the collapse of the crust into the crater.

Dragon Hill:
The visitor site at Dragon Hill is located in northwestern Santa Cruz Island, and consists of a trail that runs through three different environments at just 1600 ft long.

This is an uncommon but very beautiful site. Behind the beach, there are flamingo lagoons where these colorful birds feed. The trail then takes the visitor up a hill called Dragon Hill. On the way there, and on top of the hill, there are iguanas, as they almost became extinct because of the predation by federal dogs. In the year 1900 all the dogs were eliminated and a group of iguanas could be reintroduced. Today, they see, to be doing fine.

Bachas Beach:
Located on the north shore of Santa Cruz, close to Baltra Airport, Las Bachas is a swimming beach, this special island of white sand that feels like flour, is the nesting place for marine turtles; most of the times you’ll be able to see their nests and their tracks to the water.